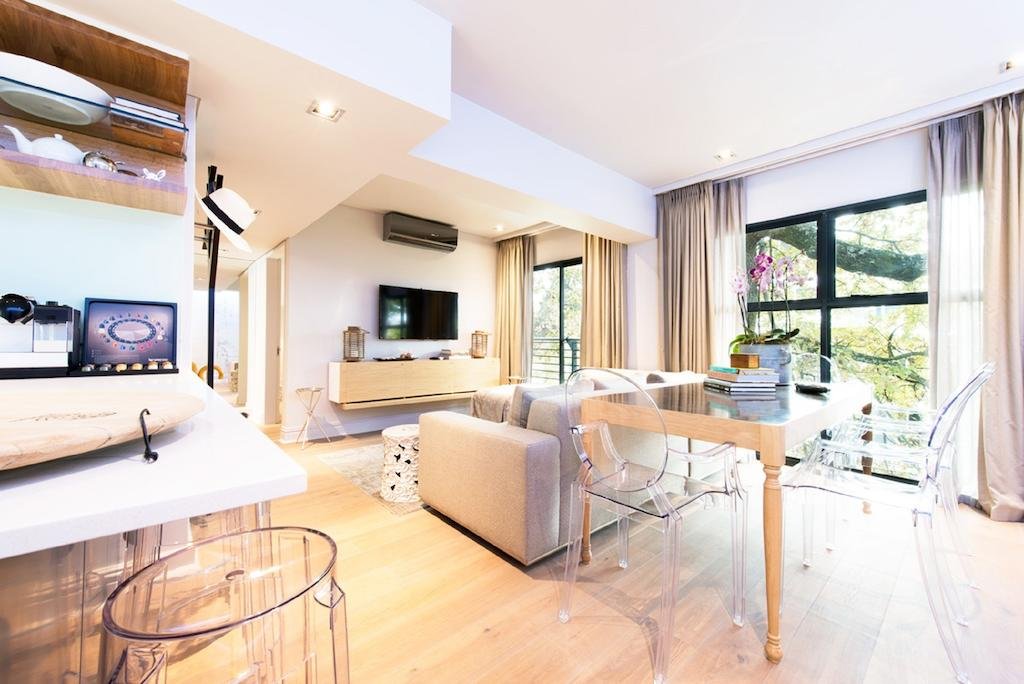 When looking for a place to live, one of the most challenging decisions to make is buying a house or a luxury apartments in Lahore.

Apartments have certain clear advantages over homes, and it all comes down to who needs what, which will determine whether they buy a house or an apartment. Apartments are prevalent in developed countries and metropolitan areas.

However, luxury apartments are becoming increasingly popular in Lahore, Pakistan, as more Lahori’s understand that they need an apartment rather than a house.

It is vital to clarify that we’re not talking about the typical flat buildings when we talk about flats.

This is especially true in large cities like Lahore, where you must decide whether to purchase a luxury flat. Today, we will look at what Lahoris think and say about luxury apartments in Lahore.

Why Is Lahore’s Apartment Culture Evolving?

The culture of buying a luxury apartment in Lahore is increasing day by day. There are many reasons that Lahori’s are buying apartments. They Think There are several advantages to living in an apartment rather than a house. So naturally, some of these things may have influenced Lahore’s burgeoning apartment culture.

Let us look at a couple of them what they think about buying a luxury apartment in Lahore.

There are fewer responsibilities, and you save time.

One of the critical reasons for buying an apartment in Lahore by Lahori’s is that owning or renting a house in Lahore has become a lot of work and time-demanding. Doing laundry, demanding domestic employees do their responsibilities or catering to unexpected guests can all eat up time that could have been spent doing something healthy?

Therefore, instead of buying a house, you might save all of this time by purchasing an apartment in Lahore. Modern apartment complexes provide a wide range of services and solutions that might help you save time.

So, They think if you have a busy schedule and both you and your wife work, it may be challenging to keep a house efficiently. Therefore, you may consider purchasing an apartment that includes maintenance, laundry, house cleaning, and culinary services, among other things.

One of the most important factors to consider is the size of your family. Houses are unquestionably necessary for larger families with higher expenses than small families with one or two children, single men/women, or senior folks living in Lahore with offspring residing in another country.

There is a significant difference in lifestyle between living in an apartment and having a home. Therefore, living in a tiny apartment is far preferable rather than owning a home in this situation.

The safety and security of your family and yourself is the primary consideration when naming a place “home.”

This is the main reason for Lahori’s to buy a luxury apartment in Lahore. The law and order situation in urban cities is typically poor, and this is true in Lahore, with robberies occurring and residents reporting theft in their communities.

One person shared his opinion about security that someone broke into his relatives’ house when they were out of town. They robbed their valuables. They jumped from the boundary wall and used a car jack to smash the window panel. They felt insecure even being in a highly crowded area. I am curious as to what events prompted the placement of the billboards.

Like the rest of the country, Lahore’s population has exploded. The people of the city have nearly doubled from the 1998 census, from 6.3 million to 11.12 million according to the 2017 census. This is partly due to people moving here from other parts of the country searching for better education and career possibilities. However, on the other hand, the city’s boundaries have not been pushed far enough to suit its residents.

According to Lahori’s for their offspring, buying a luxury apartment in Lahore Is the best thing to choose for the future. However, unfortunately, overcrowded cities frequently respond by going vertical, which is precisely what Lahore appears to be doing.

Taking a page from Karachi, a densely crowded metropolis with skyscrapers and tall residential structures, Lahore developers and housing planners have resorted to developing one apartment complex after another to meet the ever-increasing demand for housing units. So, in just a limited year, Lahore went from actuality the “City of Gardens” to fetching yet additional tangible jungle.

The steep rise in real estate prices is seen as the second most important driver of Lahore’s expanding apartment culture. Living in an apartment complex is also a lot more cost-effective. Both your utility expenses and your monthly rent might be reduced.

Lahori’s think Living in a Lahore flat can also save you a lot of money on your electricity and gas costs. Also, because it’s easier to cool and heat a smaller space, you’ll need to run your air conditioners and heaters for a shorter period.

Life In The Community

It is a sad truth of life, but no one has time to socialize with people on a personal level these days. Your interactions with distant family members and friends must most likely be limited to Facebook and WhatsApp groups, aside from the folks you meet every day at work or school. Lahori is known for its cultural and social life. Therefore, they prefer to buy a luxury apartment.

Living in a self-contained, detached home allows you to do pretty much whatever you want without having to contact your neighbours regularly. Apartment living, on the other hand, is a completely different experience.

If you buy or rent an apartment in Lahore, you will very certainly see folks from the flat next door daily. People who live in separate residences, on the other hand, do not necessarily see their neighbours daily.

This gives you additional opportunities to interact with people who live in the same building as you. If you can establish positive relationships with your neighbours, you will create a healthy environment that will allow you to network and socialize.

People in Lahore who live in apartments have more opportunities to socialize than those in separate houses. This is what Lahori’s think about flats.

Lahore’s homeowners seem to be shifting in some way. It can see the benefits of apartments.

Security issues have become a common nuisance for the residents of Lahore in certain areas. One of the homes was attacked twice in 2 to 3 years. This made the people consider apartments as safer than owning an independent home.

There appears to be an agreement that apartments are generally more secure than houses. A higher risk of robbery is being observed in homes than in apartments. This is because apartments are not easy to rob.

Lahori tends to prefer apartments. However, apartments have a low privacy level because most are built near each other. This poses another security concern if they do not get along. Apart from that, apartments tend to lose their resale potential after 20-30 years. If the building is old, it could also be considered a risky investment.

Lahore residents are well known for their enthusiasm for apartment living. It is often said that Lahore has a Punjabi mentality, but this may be incorrect given many Punjabis live in apartments all over the globe, including Dubai, Karachi and others.

It is true, however, that having land to call home is something Lahoris consider culturally important. Therefore, apartment ownership is not an option.

Lahore is currently facing similar constraints to its horizontal growth. These developments are increasingly overcrowded and difficult to reach. Lahore is slowly running Karachi’s acceptance of buying Union luxury apartments and living. It will just gross a though lengthier.

The number of apartment buildings in Lahore has risen dramatically in recent years.

This increase in high-rise residential buildings reflects a dramatic cultural shift among the city’s younger citizens. Of course, apartment living has been somewhat of a trend in major cities for some time. Until recently, though, Lahore remained largely unconcerned about this burgeoning culture.